My Inspiration For The Noble Woman

​​My travels through Sicily inspired my appreciation for the history of the island. Sicily is truly a beautiful place with great weather, rolling green hills, and sandy coastlines verging on the blue waters of the Mediterranean. Sicily is home to the people who centuries ago invaded its shores, made it their home, and influenced its architecture and customs. Best of all, they created the most amazing foods you’ll ever taste—thanks in part to the fertilized soils formed by mount Aetna’s volcanic discharges.

On one of my visits to the island, I visited my ancestors’ town. Standing on the steps of the municipal building, I scanned the panoramic view of the centuries-old Watching its inhabitants stroll under a brilliant summer sun, I imagined the stories that shaped their past and made them who they were. I thought of the lives of those that had inhabited the town thousands of years ago and built it with their hands. With all those thoughts rolling in my mind, The Noble Woman began to form in my head.

The story remained secreted in my head until recently when I was able to take to writing.

The Noble Woman is a fictional account, but it pieces together a compilation of family stories told to me by my father and relatives, recounted to them by theirs. Meaning there is some truth within its fictional layers. Figuring out what’s truth and fiction is part of the enjoyment of reading the story.

I hope you enjoy Alessandra’s story as much as I enjoyed writing it. 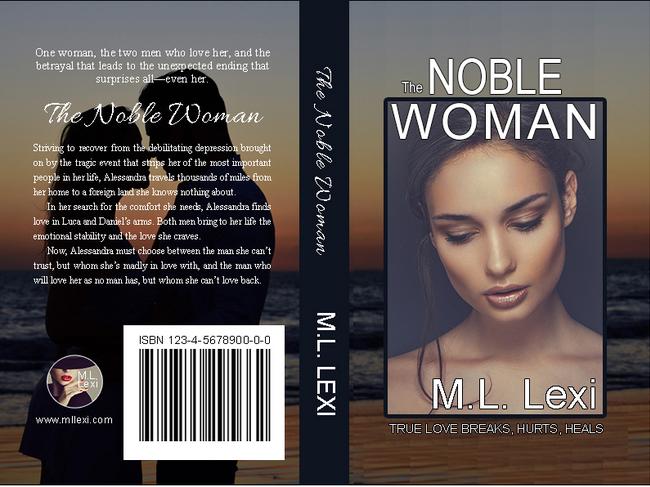 MY INSPIRATION FOR THE NOBLE WOMAN